By now you’ve probably heard about the grand jury’s decision on the case of the shooting of Michael Brown in Ferguson, Missouri. If you haven’t, then the odds are good that you live under a rock or in a very far away place. Basically, the grand jury decided not to indict a white police officer who shot a black teenager. Needless to say, the reactions to this decision had two extremes — for the most part. One group protested — and almost burned Ferguson to the ground — while claiming that there was no justice in the decision. In their eyes, a young black man was gunned down by a white police officer and the officer would not be held accountable. To them, it’s an injustice.

The other group are those who defend the police officer, no matter the evidence. They claim that the officer was within his right to shoot Michael Brown several times. Some claim that those many shots are needed to end the threat. Others claim that the altercation was very serious, and that Brown could have very well killed the officer. Still others go as far as to claim falsehoods about Brown, saying that he had death coming to him for being a “thug”. They post a picture of a black young man with a gun and money in his mouth, with alcohol around.

My comment failed to impress. (I was being flippant, of course.)

After I was “dismissed” by my Facebook friend, someone who I went to high school with and is a police officer in Texas, there were others who claimed that I was strictly siding with “the liberals” or with “those black people.” They claimed with all sorts of certainty that I was against the police or disrespecting them. In essence, they thought that I was in that first group I told you about above.

You don’t have to know me very well to know that I do not deal in absolutes. There are no sacred cows for me, either. Even in my discussions about vaccines, you will never see me state that vaccines are 100% safe or 100% effective. Nothing is, and it is ridiculous and counterproductive to claim that anything is. Furthermore, life is a continuous stream of data. Things are always changing.

We might learn tomorrow that Brown assaulted the officer and was within seconds of killing him. Then what? How do the people that absolve him from any wrongdoing going to look? (His parents aside, of course. I cannot imagine how they are feeling, and I would never blame them for thinking only the best of their child.) On the other hand, what if we learn tomorrow that the officer had a long history of racism and bias in his approach to the public? Or that he was out for blood? Or worse? How would people defending him look?

Very few people were there at the scene when all this went down. Even eyewitness accounts can be very unreliable. Yet there are people in both camps who support their stance with 100% certainty, and that is troubling. It’s troubling because it leaves no room for discussion, and, man, do we need to have a discussion.

It happened just the other night, actually:

There have been other times when things don’t go as smooth. When I first arrived in Pennsylvania, I was pulled over by a local police officer. He didn’t get off his cruiser until a state trooper arrived. One the trooper arrived, they both approached my vehicle, with the trooper asking me if I spoke English. When he heard that I did speak English — fluently, even — he said something to the cop and walked away angry. The cop would apologize for his bias years later, and I respect him for that.

I’ve also told you about my experiences crossing the border. That one I understand a little bit more because it’s the job of the border patrol and immigration officers to make sure I am who I say I am and that I’m not bringing over contraband. But that doesn’t justify the demeaning questions that I get at the airport in El Paso or at the checkpoints on the road. They have expressed astonishment that I’m an educated Mexican.

Finally, there are the lies about police. It is because I know that people lie that I am skeptical of their accounts of how they were treated by the police. (In fact, I encourage you to be skeptical of how I have been treated.) In that skepticism, I’ve turned to the evidence, and the evidence is… Well… The evidence shows a pattern of increased suspicion of people of color by law enforcement at all levels and in almost every place in the country. Likewise, the evidence also shows that minorities are more likely to be questioning of the police interactions they experience, regardless of whether or not the experience involved conflict.

Are all police officers corrupt and racist in their dealing with the public? Not at all, and not by a long shot. That is the problem with generalizations and speculations draped in certainty about things. It makes everyone a suspect and everything all blurred out of focus, distracting us from what matters. So it troubles me greatly that I get accused of being disrespectful to police when I ask that a police department where 23 people get killed by police (and another dozen shot) should probably be looked into. When cops roll up on a 12 year-old child (who looks like a 12 year-old) and start shooting at him immediately because he’s holding a toy guy, and I point that out to the world, it is not reasonable to conclude that I’m being disrespectful of cops. Likewise, if I say that the 12 year-old should have thought better than to be waving a toy gun at people, I’m in no way minimizing his death. It’s tragic, and it was totally avoidable from many different perspectives.

What matters in all these cases is how the people relate to the police and the police relate to the people. I’ve said it before and I’ll say it again, the police officers need to come from deep within the communities they serve. The communities need to “adopt” their officers and make them a part of the community. Both sides — a term I hate to use because this isn’t a competition amongst groups — need to be deeply invested in each other. If crime happens, then the police officers need to feel its impact. If the police need help, then the community needs to help them keep things safe. It’s not one group serving the other, or the other being subservient to the one. 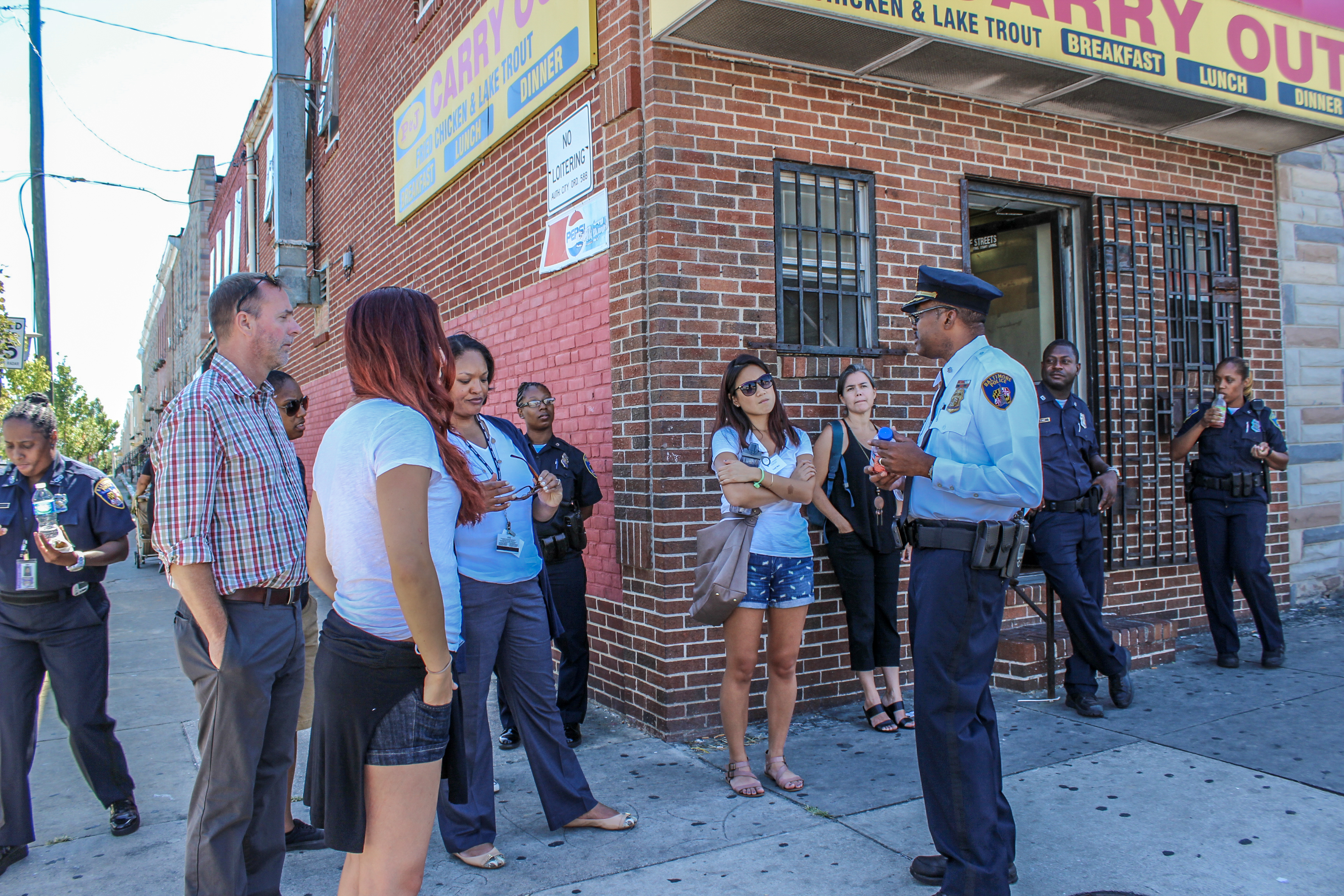 As long as we have this division between civilians and cops, we are going to continue to have these issues. If the cop in Ferguson, Missouri, knew the teen he shot, or if the teen knew the cop, things would have been much different. Thing is, I really don’t know how those walls can be broken down, especially in light of all the tensions. There are some efforts here and there, like the efforts of the community policing on display above. Those cops all live and work in the community, knowing and getting to know the people who live there.

So there’s some hope.