“A measles outbreak in the copper-mining Katanga province in the Democratic Republic of Congo has killed 315 people and infected at least 20,000, the United Nations said on Wednesday.

Hundreds more deaths have likely not been documented due to difficulties accessing remote areas, The U.N. Office for the Coordination of Humanitarian Affairs (OCHA) said in a draft report on the province’s worst outbreak of the disease since 2010-11.

“The measles epidemic in the province of Katanga is only worsening and gaining ground,” said the report seen by Reuters.

More than $2.4 million will be needed to organize vaccination drives and treat those already infected in the southeastern province, it said.

Some 1,085 people died and about 77,000 were infected in the 2010-11 epidemic, according to a study in the scientific journal BMC Infectious Diseases.”

Measles is a completely preventable disease. The MMR vaccine, which covers Measles, Mumps, and Rubella, is safe and incredibly effective. It provides immunity to over 97% of those who get both doses of MMR that are recommended by public health and medical experts. And there is good evidence that said immunity lasts a very long time.

Furthermore, measles is an airborne infection. Little droplets full of virus — and the viral particles themselves — stay suspended in the air for hours. If you are not vaccinated, the odds are pretty spot-on that you’ll contract it if you breathe in the virus. Hand washing doesn’t help. Water and sanitation don’t help. The only thing that has been able to stop this virus that has been with us for millennia is vaccination.

The virus’ only host are humans. If we were all to be vaccinated, we could eradicate it. These stories from all the corners of the world would stop. Measles would be relegated to history, never to be seen or heard from again. But no, there are people out there who love the virus so much that they want it to come back over and over again and kill many, here, there, and everywhere.

In outbreak situations, you can expect about one death for every 1,000 cases. As you can see, that all goes out the window in places in the world where complications from measles (like pneumonia or inflammation of the brain) can not be treated effectively. That is not to say that measles here in the United States would be not deadly. If an outbreak gets large enough, you’ll see some deaths. But mortality is not the only way to measure the impact of a disease.

You also measure the impact of a disease by the number of cases, the number of people who cannot work or be otherwise productive because of their disease, or get non-lethal complications that impair their standard of living in the future. And measles, being a vaccine-preventable disease, measures the quality of your public health system in general and healthcare system in particular. If you don’t have enough vaccines to prevent outbreaks like these, you see a lot of deaths. And if you don’t have the system to deal with the complications, you see a lot of deaths. 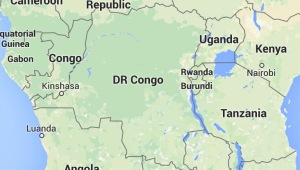 It is really a shame that we live in a world where there are entire groups of people — well-funded people — who want to do away with the MMR vaccine and other vaccines. They must be living in a very comfortable place, where outbreaks of measles are not a big deal. And they more than likely don’t care about people “over there” so long as they can live in the comfort of our herd immunity over here. Jerks.