The Right to Forget the Past

Yes, I know that a lot of my blog posts begin with a short story or vignette about something that happened in my past and how it somehow can be applicable to the present. And I know that a lot of what I write is personal and reveals more about me than what the average person reveals about their lives. But I don’t reveal everything nor do I relive every moment in my past.

To be honest, my childhood, adolescence and even some of my adult life were not easy periods in my past. There are probably twice or three times as many bad moments as good ones. If I started off every blog with someone bad that happened to me, you would probably think that I had the worst luck. I didn’t. On the average and in the long run, life has been better than the lives of most of the people on the planet.

It is because of all those bad moments and the scars and flaws that they left in my psyche and body that I don’t want to relive much of it. I’ve made it a daily task to take a bad memory and trash it, write over it with good memories of the recent past. Life has been really, really good since I met my wife, and I rather like it that way. If I wake up tomorrow and all I have is the life since that day in the summer of 2006, I think I would be very happy.

That said, I probably would be different than the person that I am today. I probably would not appreciate the good things in life if I didn’t have the bad ones to contrast them to. At the same time, I don’t want to play the game of compare and contrast all the time. It’s exhausting. The past is the past and no one has the port to alter it in any way.

But I do have the power to tell my story on my own. Yeah, the story will be biased and maybe even embellished a little bit. But it’s my story to tell. It’s my life to reveal as little or as much as I want. So it is my right to want to forget and/or remember my past in my life.

Why do I write this?

I write this because I have a cousin — a once dear and inseparable friend — who kept a ton of videotapes from when I, and then he, had a camcorder. They’re not compromising videos in any sense. They’re just videos of dumb things kids said and did when they’re bored and have the power of a camera. They’re videos of skits or school events or us opening on different topics.

The thing is, a lot of those events in those videos revolved around times that I want to forget. I want to forget that we lived in a home with no running water or gas. The water pump was stolen. The money for the gas was embezzled. I also want to forget the relentless bullying at school because I was different and never quite fit in with one group or another. And I want to forget the many dramas within our families, the many fights, and the horrible and angry things that were said.

I left El Paso when I was 21, never really looking back to those times but looking forward to what I would do with the blessings I had been given. I have zero regrets from all those years there, but I also have zero interest in wanting to look back and live through those days again. In fact, a recurring nightmare of mine is that I am back in El Paso and that everything that happened since I left was a dream.

It’s not like I haven’t told this to my cousin. I have. I’ve even blocked him on social media, but he just doesn’t get the message. So he sends the videos he digitizes from old VHS tapes to my mother and siblings, who then report to me what is the latest “find” from my cousin.

Just the other night, he uploaded a video from a ceremony at the middle school that I attended. As I watched it — and I shouldn’t have — I welled up with tears because a friend who lost his life in high school was there. As you may or may not know, I don’t do well with death, especially of someone who took me under his wing and was such a good friend to me. And then there were the images of the people who brutally and relentlessly bullied me. I wanted to reach into the screen and yell at them that all they were about to do wasn’t going to break me.

Yeah, it was that bad. So I think that forgetting all that is healthy for me now as an adult, and not wanting to live it over again in any way — be it a video of the time or a conversation about it — is my God-given right. I am an epidemiologist and a doctoral student now. My priorities have shifted a lot since I left El Paso. My greatest accomplishments are ahead of me, not behind me. 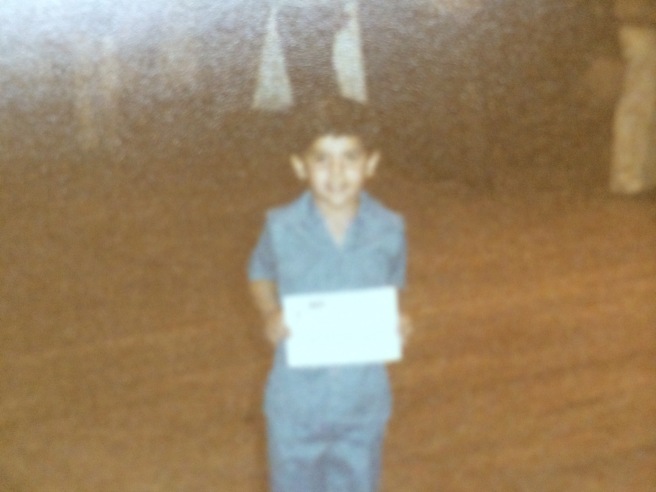 I am light years from who I was then.

And that’s the story of why I don’t keep much in touch with you, if you’re reading this. I am living in the now, and I wish you did too.

Tagged as: #life #past #present Memories