How is it that we get to know about diseases like Zika or Ebola? Is it just dumb luck that we encounter patients and then go from there? In a way, yes. These diseases, especially novel ones, have a way of just popping onto the radar without warning. Then we respond vigorously because we weren’t able to do something about the first few cases before the whole thing got out of control.

But what about other diseases?

In the United States, there is a “network of networks” that is constantly taking in information from many different sources. Epidemiologists and data analysis look at those data and find trends or aberrations that need to be dealt with. They then pass on that information to those who need to do something about it… Or they do it themselves.

For the most part, this system works pretty well. When two or three people presented to a hospital in Maryland with diarrhea and dehydration, the physicians there collected stool specimens. The labs then grew the pathogenic (bad) bacteria from the specimens and figured out the genetic “fingerprint” of the bacteria. That fingerprint was uploaded to a system that compared the fingerprint for matches. When the cases were matched to each other, the epidemiologists running that bacterial fingerprint database notified state and local public health officials. Interviews of the cases were conducted, and it was determined that they all consumed unpasteurized apple cider from the same source. A recall was done to prevent further cases, and I ended up at the orchard to collect samples and interview workers. 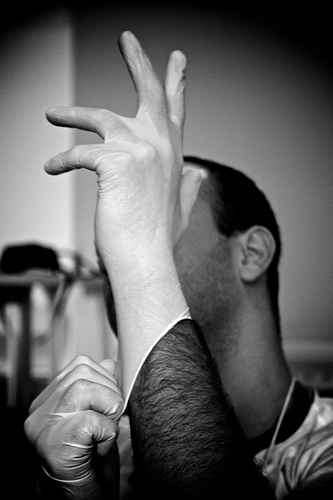 This process is repeated day after day here (and in other countries around the world) and not just for foodborne diseases. There are networks looking at trends in influenza disease patterns in order to predict the seasonal peaks and troughs and to guide the immunization campaigns. There are networks run by military and law enforcement units looking for unusual occurrences of diseases. (Like someone showing up to the hospital with Vaccinia infection although they never had the smallpox vaccine. That could be an indicator of someone using the vaccine in a clandestine way.) And there are networks that track chronic disease as well in order to evaluate interventions and predict future needs.

However, none of these systems are perfect. As I told you at the beginning, these systems are subject to many different factors, and they tend to fail to recognize early phases of explosive or novel diseases. Heck, the E. coli outbreak from the unpasteurized cider would not have been detected for days had the physicians not decided to take stool specimens from the initial cases. If they would have treated the “isolated” cases are just regular diarrhea that people get all the time, it would have taken a higher number of concentrated cases to really get things going. With very infectious things (from person-to-person) like Ebola, you can see where not catching the first few cases leads to some problems. 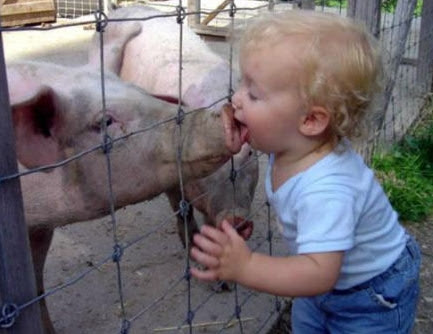 Had someone reported this, we could have avoided a pandemic!

So what is the perfect surveillance system?

These are the guidelines I used to evaluate surveillance systems in Barranquilla, Colombia. For the most part, the systems there work well. Some work even better than the systems here in the States. While here we had to wait for lab confirmation of the E. coli and comparing it to other specimens, an outbreak of diarrheal disease associated with cheese was quickly brought under control in Barranquilla based on reports to a telephone number from citizens.

In fact, that telephone number used to be manned by mental health nurses who would take reports of suicide attempts (or suicidal ideations) and respond appropriately. Little by little, people starting calling for other situations, so public health took over and installed public health workers (mostly nurses) on the phones to take calls from concerned citizens. Everything from possibly rabid dogs to spoiled food being sold in public was reported. A number of people reported “bad tasting” cheese on the same day. An investigator was sent out to check out the cheese being sold, and it was determined that the cheese was spoiled. As much of the cheese was collected and destroyed. It wasn’t until a few days later that people who got sick from eating it started to be reported by physicians and laboratories. In that case, the system was very timely, very sensitive, and very acceptable.

So what is the perfect surveillance system, then? I keep not getting there because I really don’t think that there is such a thing. In fact, some of the guidelines balance each other out and make some measures less likely to be attained if others are fully attainable. For example, if a system is very sensitive, the system will capture a huge number of false positive cases, diminishing the predictive positive value of the system. If a system is very acceptable and just about everyone decided to participate in it, they might collapse the system, ruining its stability. (Unless it is very flexible, then it will be stable.) Same thing if the system is highly representative. It might just be impossible to reach every population in a geographical area without collapsing the system, even for a time. Or people might not want to participate (acceptability) if they know that others are being served. (You see this in some systems where one group is bellicose toward another group, so they use participation in these systems as collaboration with their enemies.)

I guess that the perfect system would involve all of us wearing a device that is permanently connected to a central database and is always reporting our health status to that database. And I do mean always, non-stop. And if that device was so fine tuned that it could tell the difference between a cold and the flu? That would be awesome. But I envision such as system as not being very acceptable by a large swath of the population because of privacy concerns. I also see it as being very expensive. The data storage alone would be phenomenal.

Then again, I think we’re getting closer to that. Not ten years ago, the idea of wearable technology that keeps track of our health status was still a dream. Today, I see tons of people wearing FitBit, Apple Watch, or Garmin watches. And a lot of those people are not working out or otherwise engaged in some activity. Almost all of us have phones, too, and those phones have accelerometers, GPS chips and barometers. Throw a thermometer in there to detect if we have a fever, and some blood-glucometer-like dongle to test our blood (or some other specimen) for disease… If that happens, all we’d have to overcome is the privacy concerns.

Trust me. Some people have already overcome their privacy concerns. (Image via Sticky Comics.)

Judging by what some people on social media are willing to share, we might not be too far off. We’d just have to work on the data storage, data analysis, and information distribution side. I think we’re getting there. I think we’ll get there. Maybe this will happen in my lifetime. Maybe soon thereafter.

In the meantime, don’t drink unpasteurized anything, unless you’re comfortable getting so sick that it doesn’t matter to you if you have to collect some watery poop for us to know all about you.