The Weight You’ll Gain and Lose 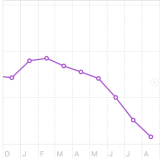 I’m trying harder than ever to lose weight and get healthy. I think I have it figured out. I just hope it’s not too late to reverse decades of damage done to my body by my addiction to food, my lifestyle, and the poor choices I’ve made.

Someone Yelled Something While I Was Out Jogging Today… 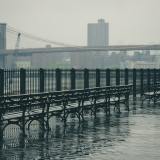 As I went out for a jog this evening, I ran on a trail that runs behind several houses in our development. It’s a nice trail, with lots of hills and valleys to really work up a sweat and build up some stamina. It has trees and grass on either […]

When You Need A Win

I’ve been in a funk lately. I’ve been grumpy and short-fused with people I care a lot about. I’ve been even worse to people I don’t care for. The reason for this is simple, and it’s something that I’ve seen coming every year right around this time. I’m not going […] 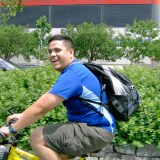 The last time I rode a bike was ten years ago when my brother and I participated in an adventure race. (Yeah, I rode it a couple of times after that, but it was during the race that I rode it the most. I didn’t ride again after that summer.) So […]

Though the body yells, “Stop!” the spirit cries, “Never!” 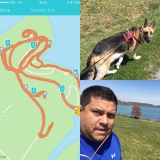 I’ll be attempting to run the Lincoln (Nebraska) marathon with my younger brother in about ten days, and, as is often the case with me and these things, I am not ready at all. The reason I am not ready is not because I don’t want to be ready. I […] 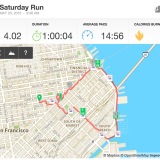 In one of the episodes of the television series “The Flash,” the titular character gets a bomb strapped to his wrist and told to run. In a spoof of the movie “Speed,” he is told that he must run very fast or the bomb goes off. As he is running […]

My brother in-law is a fitness junkie. If there is some way out there to get healthy and stay healthy, he knows it. So I was surprised when he asked several of us for any recommendations on books about handling stress. It’s not that he doesn’t know about it. He […]

Video of the day: Hitting the wall, badly

When I ran the marathon back in 2005, I didn’t remember finishing, really. I remember stepping on the timing mat, then nothing for a while before and after that. It’s called “hitting the wall,” and I was lucky that it happened to me right when I finished and with plenty […]

The complicated lives of men

Men. We’re so strong and so weak at the same time. We laugh in the face of danger and yet cower away to the corner when life gets rough. We’re expected to live through things that make us sad and depressed and still put up a smile. Although we don’t […]

America is fat because…

When I got to the metro the other day, there were several people waiting for the elevator. I found this odd because we were on the second floor. The first floor, which leads across the way to the metro station, is only twenty steps down. All three of them were […]