Preschool Exemptions to Vaccination in Connecticut

I have to work tomorrow, early, so this is going to be quick. I saw a news article about a couple from Connecticut who are suing in state court because the department of health is publishing information on vaccine exemptions. The health department data can be accessed here: https://portal.ct.gov/DPH/Immunizations/School-Survey If […] 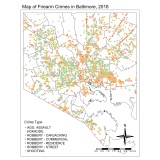 Modern software programs allow you to analyze spatial data quite easily, but it may be hard to replicate what you did without a detailed how-to manual and instructions you write as you go. Programming languages such as R and others allow you to write code and comments in that code, so it will be easy to follow what you did and reproduce it time after time.

Seeing Data in Time and Space

How can you put three-dimensional data on two dimensions and still tell a story? Let me tell you how.

“How many African American women were killed by firearm in the Cherry Hill Community Statistical Area of Baltimore in 2016?” None. I was able to answer this question for you quickly because I have a dataset on homicides in Baltimore between 2005 and 2017. The dataset is the result of […]

The Places Where People Are Not Exercising For Some Reason

It’s amazing what you’ll find when you dive into data. Using information from Strava and the US Census bureau, I’m pretty sure we can see the inequity in exercise between whites and African Americans in at least two cities in the United States: St. Louis and Baltimore.

The Thing About Hotspots 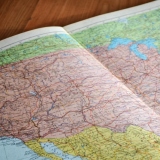 No, I’m not talking about wifi hotspots that help you connect to the internet so you can watch cat videos. I’m talking about the symbology used on maps in order to emphasize an area (or areas) where there is a lot of something going on. For example, in infectious disease […]

The True Size of the Ebola Epidemic in West Africa

One of the best skills I learned from my dad is how to read a map. I can hold it every which way and understand the layout of landmarks in it. When I drove from Texas up to Pennsylvania, before the advent of smartphones and consumer GPS units, I bought […]

The places I’ve lived and their “racial” makeup

I know I’ve shown you all maps of data before, but I’m going to do it again. If you know me, you know that I loves me some data. In this blog post, we’re going to look at this map in detail. The map is the brainchild of the Weldon […]

Playing with code and maps

I’ve been playing with some coding and some mapping, and a great WordPress plug-in to put it all together, and I’m working on some maps to display news about measles. You can see the page (still in progress) here. It’s all a variation of this map that I kept for […]