Let’s have some fun with fiction

If you’ve been reading this blog for a while, you should know by now that I love to write. More often than not, I’ll write about my life experiences and the opinions that those experiences have formed. Very rarely do I write fiction, so I’d like to write more. To […]

Video of the day: We want to be entertained. We need fiction.

Again, Max Landis, nails it. This is the end to a short film he made about wrestling. It’s pretty entertaining, but the ending is where he nails it. It is where he explains to us why we need things like “fake” wrestling, movies, novels, and other kinds of fiction. We […]

I need my superhero stories to be brighter 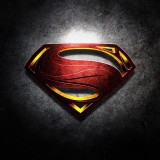 I don’t know who told television and movie executives that “darker” is better when it comes to superhero stories. On last night’s “The Flash,” which I watched today thanks to Hulu TV, the overall tone of the story was one of death and destruction. There was more than just drama, […]

The stories that need to be told

Aside from the work that they do, one of the biggest reasons I absolutely love Doctors Without Borders is their commitment to tell stories form the field. Their written stories, interviews on the radio, and videos put a face to their organization, and they put a face on all the […]

Taking Tuesday: School and Friends and Growing Up

I have always loved school, but I never really liked the social interactions that came with it. It wasn’t that I didn’t like people. The problem was that I was always an outsider, someone who didn’t fit in. It was either because I was too young or because I didn’t speak English… Or because I didn’t play “the right” sport (i.e. not soccer). In today’s Talking Tuesday, I tell you about the end of summer and the beginning of school, and how much that hurt when I was a kid. Then I finish by telling you how things have changed now that I’m an adult.

Talking Tuesday: The Type B Baby

What happens when two parents with type A blood give birth to a blood type B baby? Chaos. That’s what. Type A parents cannot give birth to a type B baby, because genetics. But this seemed to have happened one night when I was working the lab all by myself. Was the father the baby’s real father? Was the mother the baby’s real mother? Did I make a mistake in typing the baby’s blood? The answer probably won’t surprise you, so this is more of a cautionary tale.

Talking Tuesday: My Encounters With The Border Patrol

Twelve minutes in which I tell you about my encounters with the Border Patrol.

A quick story of how grandma got me out of trouble back in high school (and even before and after that).

A movie you should watch: “Hermano”

“Hermano” is a Venezuelan production directed by Marcel Rasquin. The movie is set in present-day (2010’s) Caracas, Venezuela, with most of the action taking place in a shantytown on the outskirts of the city. If you like soccer, drama, and you want to look at the power of family — […]

Author’s Note: This is the second part of a three-part series on my “final thoughts” as I leave the Maryland Department of Health and Mental Hygiene and move on to bigger, hopefully better things. Part one is HERE. Part three will be HERE starting August 16, 2013, at 8am ET, […]