The Problem: I have an old radio that I want to refurbish and make into a streaming internet radio. Sure, I could just throw it away, but I’m not that wasteful. My uncles fixed radios and televisions, and they lost more and more work when electronics started getting cheap and […] 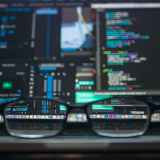 I’m writing this on an Ubuntu Linux machine. The machine is a Raspberry Pi 4. I had heard about the Raspberry Pi machines a while ago, but I didn’t really get interested until recently. I’ve been picking up more and more little projects to do during downtime since the weather […]

The School Subjects You Need to Know

What is the most basic thing a society needs to thrive? What does my daughter need to be successful? As it turns out, it’s not that difficult to have a well trained and well educated society. You just need good schools.

The technology you’ll use and abuse

Someone on the radio was saying the other day that we humans are not biologically ready for all the technology that we’ve developed in the last couple of hundred years. They said that this is especially true of technologies like the internet, where a ton of information is available at […]

R Programming and the New Epidemiologists

When I started working as an epidemiologist at a state health department, one of the most often used tools was the Microsoft Office Suite of programs. I used Excel for data analysis and visualization, Access to create and manage databases, Power Point to create presentations, and Word to create reports. […]

The Places Where People Are Not Exercising For Some Reason

It’s amazing what you’ll find when you dive into data. Using information from Strava and the US Census bureau, I’m pretty sure we can see the inequity in exercise between whites and African Americans in at least two cities in the United States: St. Louis and Baltimore.

I’m on my way right now — literally on a plane as I write this — to Minneapolis for a gathering of people who want to do disease surveillance a little differently. Seriously, the guest list reads like a who is who of the epidemiological world… Well, the world I’m […]