Is Prison a Protective Factor for Homicide Victimization?

As I’ve been working on my doctoral dissertation, I’ve come across a few interesting homicide cases in Baltimore. They’re interested in that the victims had a chance to avoid being at the place and time when they were killed. They had that chance because of their own criminal activity. In […]

Story of a thesis (Part IV) 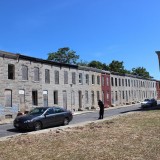 In the first part of this series, I told you about Baltimore and the challenges facing the Charmed City. The second part was all about the available data, and what those data told us, which is a lot. In the third part, I told you the story of some kids […]

Story of a thesis (Part III) 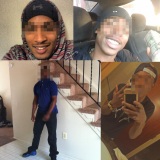 As I told you last time, there are several social network — that could come to be one big social network — in Baltimore where crime is not a rarity and where deaths from homicides are common. I don’t know about you, but I can count on one hand how […]

Story of a thesis (Part II)

Last time, I told you all about Baltimore and how the situation there is kind of crazy with regards to gun violence in general and homicides in particular. Today, I’d like to tell you about what the publicly-available data tell us. However, I’m not talking about data in the traditional […]

Story of a thesis (Part I)

In preparation for my thesis proposal seminar, I’ve decided to write for you a narrative of what I plan to do. I’ll be publishing them every Friday between now and the seminar in the middle of April. This is part one. Let’s Talk About Baltimore Baltimore is a city of […]